By Dom Farrell at the Etihad Stadium Last updated Oct 23, 2019

Rodri was forced off during Manchester City’s Champions League match against Atalanta, with the Spain international suffering an apparent hamstring injury.

Shortly after Sergio Aguero had scored his second goal of the night from the penalty spot to put City 2-1 ahead, Rodri – playing again in the unfamiliar position of centre-back – missed a defensive header to let Atalanta forward Alejandro Gomez through on goal at the Etihad Stadium.

The former Atletico Madrid man recovered his ground to make a well-judged tackle but instantly raised his hand to gesture for treatment.

Rodri has impressed in holding midfield since becoming City’s record signing in July, slotting into defence over the past week to cover for Pep Guardiola’s centre-back shortage.

41. SUB | Stones on for Rodrigo as his night ends early after he appears to have picked up an injury.

John Stones, fit again following a thigh problem, replaced Rodri against Atalanta, when Nicolas Otamendi returned to the bench after a back complaint.

First-choice central defender Aymeric Laporte is still recovering from knee surgery alongside winger Leroy Sane, while City announced earlier on Wednesday that full-back Oleksandr Zinchenko has sustained a knee injury of his own and will be assessed over the coming days to determine the extent of the damage. 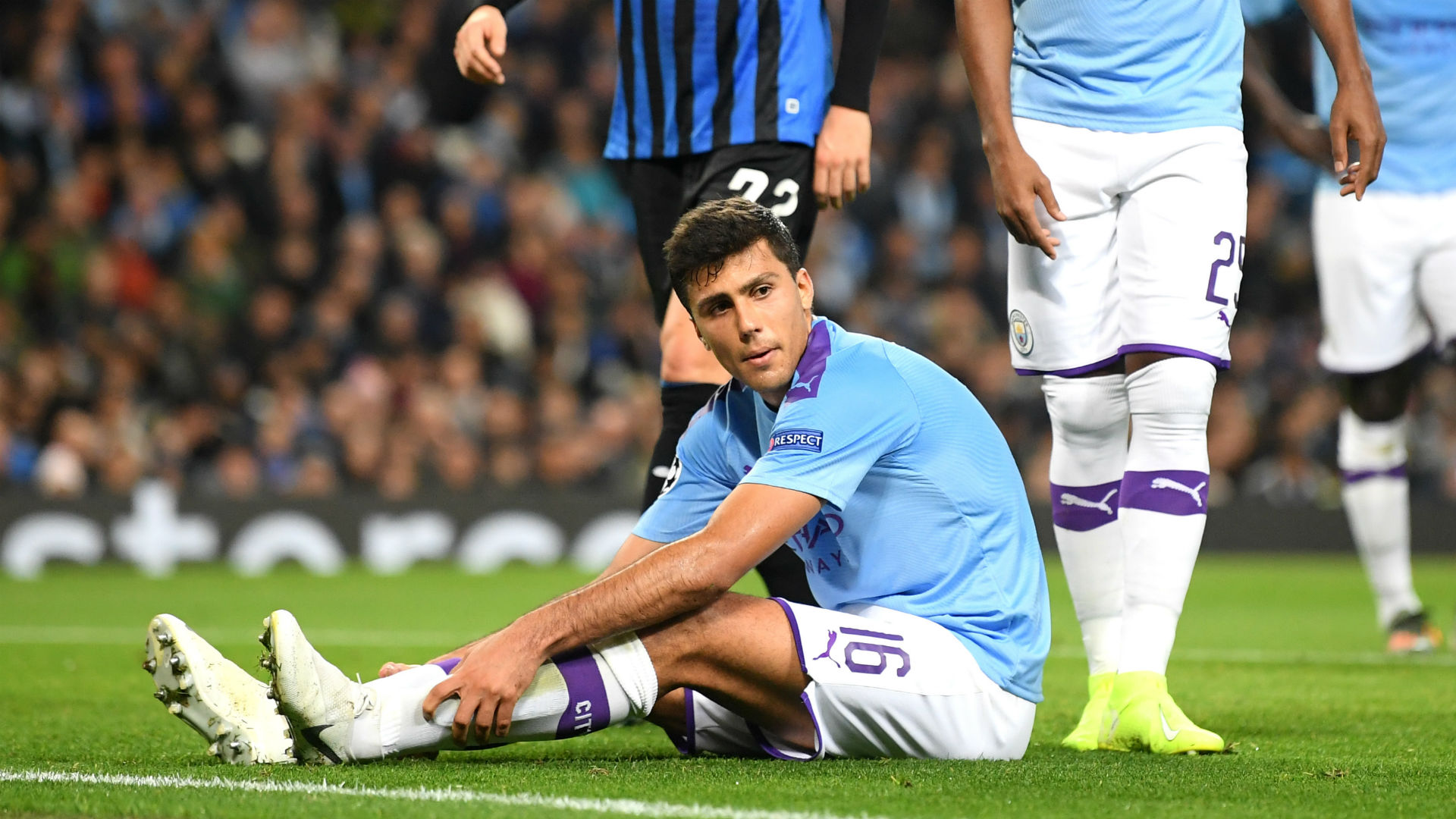