Poulsen hopes to stay on at Leipzig despite Premier League links

Yussuf Poulsen hopes to remain at RB Leipzig next season and was angered by reports linking him with a move to the Premier League.

Denmark forward Poulsen is the longest-serving player in the first-team squad at the Red Bull Arena, having joined ahead of the 2013-14 season when Leipzig were in Germany’s third tier.

The 25-year-old has made 10 of his 21 Bundesliga appearances this term from the bench, jostling for position in a squad packed with attacking talent under Julian Nagelsmann.

Last month, Sport Bild claimed Poulsen was frustrated and eyeing a post-season exit due to his lack of regular starts, and the article touted Everton, Newcastle United and West Ham as being among his admirers.

“I hope so,” Poulsen told Stats Perform News when asked whether he would play for Leipzig in 2020-21. “I never said that I had other thoughts about it.

“Not before, not during the coronavirus period and not now. There are no two ways about it.

“I was angry that someone, out of nowhere, just writes an article like that. But that’s how it is.

“We’re in the public eye and sometimes things come up that aren’t true. That’s just the way it is. You just have to live with that.

“But the club and I directly emphasised that there’s no truth to the rumours.

“If you read these articles, there are no quotes from people who said something regarding this topic. I think it’s a pity that nothing is turned into an article just like that, but you can’t change that.”

Leading from the front

Poulsen was handed a starting berth when the Bundesliga became Europe’s first major division to return during the COVID-19 pandemic.

He duly made the most of it, heading in a second-half equaliser as he wore the captain’s armband against Freiburg.

However, Leipzig were unable to force a winner and were ultimately grateful for a 1-1 draw after Robin Koch had a stoppage-time effort ruled out by VAR for a marginal offside.

Three consecutive stalemates mean the team that topped the table at the turn of the year are now fourth and seven points shy of champions and leaders Bayern Munich with eight matches remaining.

“The current feeling is that we are a little disappointed that we only gained one point,” Poulsen reflected.

“There was more to it. We actually made a good game. So, of course, we’re disappointed that we didn’t get three points.

“On the other hand, we were lucky in the end that we didn’t lose the game. So, the feelings are mixed. We’re disappointed, but we’re also happy that we didn’t end up without points.

“I think we wanted more and imagined more. And the way the game went, we could have taken more with us.

“But that’s just the way it is. It’s like the first game after the summer break. Not everything fits perfectly. That was also the case against Freiburg.

“We played a really good game but didn’t use our chances. So, you have to be satisfied with this one point.” 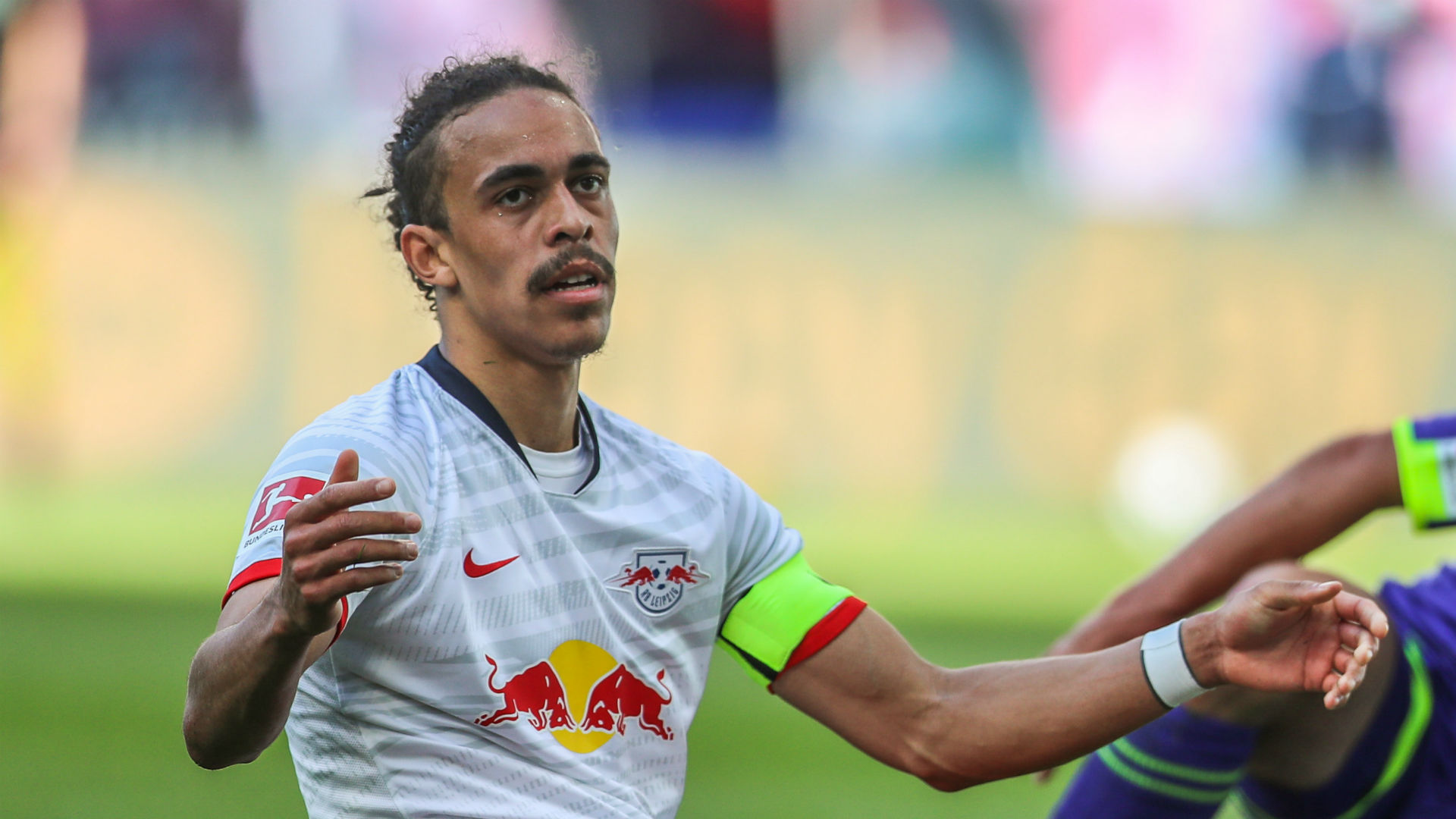 On this day in sport: Messi secures treble as Lomu makes his mark