Messi continues to get better–Valverde

Messi set a new Champions League record with his goalscoring display in Barca’s unconvincing 2-1 victory away to Slavia Prague in Group F midweek.

The Barca captain’s third-minute goal saw him become the first player to score in the Champions League for 15 consecutive seasons, while he also matched Cristiano Ronaldo and Real Madrid great Raul in having netted against 33 different opponents in Europe’s premier club competition.

Valverde hailed Messi post-match, telling reporters: “He’s the player who can decide any game. Every day we see him he’s even better.

“One more record for the incredible Leo. They are easy to say, it seems natural, but it is very difficult to achieve.”

After Messi’s opener, Slavia managed to restore parity via Jan Boril five minutes into the second half but a huge slice of luck benefited Barca, who saw Peter Olayinka deflected in Luis Suarez’s effort.

The win saw Barca improve to seven points from three games, three points ahead of Inter and Borussia Dortmund.

On Messi, Barca midfielder Sergio Busquets added: “He’s had a tough start to the season because of injuries. He’s fundamental to the way we play and a lot goes through him.

“He’s getting his rhythm back but it won’t take him long because he’s the best in the world.” 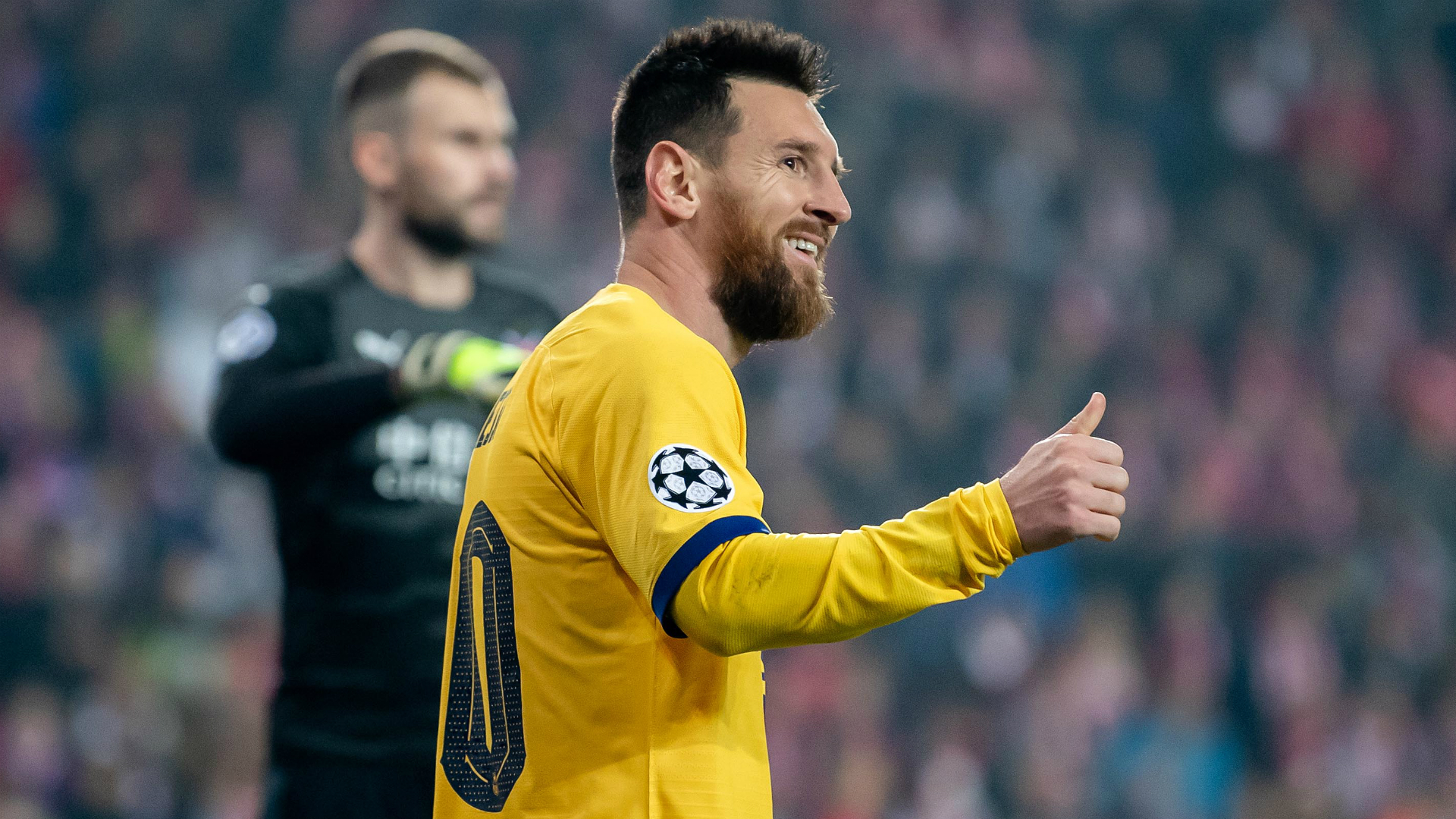