Pep Guardiola is uncertain if he will have goalkeeper Ederson available for selection when Manchester City face Liverpool in Sunday’s crunch Premier League encounter.

Ederson was taken off at half-time with a “muscular problem” in City’s chaotic 1-1 draw with Atalanta in the Champions League on Wednesday.

Having not had to make a save in the first half, Ederson was replaced by Claudio Bravo, whose first act was to pick the ball out of his net after Mario Pasalic’s brilliant header cancelled out Raheem Sterling’s early opener.

Matters were made worse for City late on as Bravo saw red for a reckless lunge on Josip Ilicic, meaning right-back Kyle Walker was called upon from the bench to play the closing stages in goal.

City’s focus now turns to Anfield, where Premier League leaders Liverpool would extend the gap at the top to nine points with a victory, and Guardiola acknowledged Ederson may be unable to feature.

“I don’t know right now. It is a muscular problem. It was not big but [we replaced him] to avoid more risk,” Guardiola told reporters when asked for an update on Ederson during a news conference.

“He did not feel comfortable in the last minutes of the first half. That’s why we decided to make a substitution. But for now we don’t know.”

Pointing at his thigh, Guardiola added: “It was muscular, in front of here. He is strong. We want to try with him, but we are not going to take a risk.”

Bravo never looked settled after coming on for the second period and failed to make a save before he became the first substitute goalkeeper in Champions League history to receive a red card.

1 – Claudio Bravo is the first ever substitute goalkeeper to be sent off in Champions League history. Rush. #ATAMCI

However, Guardiola has no concerns over starting Bravo, who protested his red card before the decision was eventually upheld by VAR, at Anfield if Ederson is not fit.

“It is what it is. If Ederson is ready, he is gong to play. If not we will play Claudio. We trust him. Why should I doubt any players I have in my squad?”

Guardiola also hailed the mentality of Walker, who was immediately called into action to keep out Ruslan Malinovskiy’s free-kick.

“Xavi Mancisidor, our goalkeeper coach, suggested him for his courage, because he is quick,” Guardiola said of the England defender.

“We are lucky we only conceded one shot on target when he was in goal but congratulations for the courage and desire to help the team in this position.” 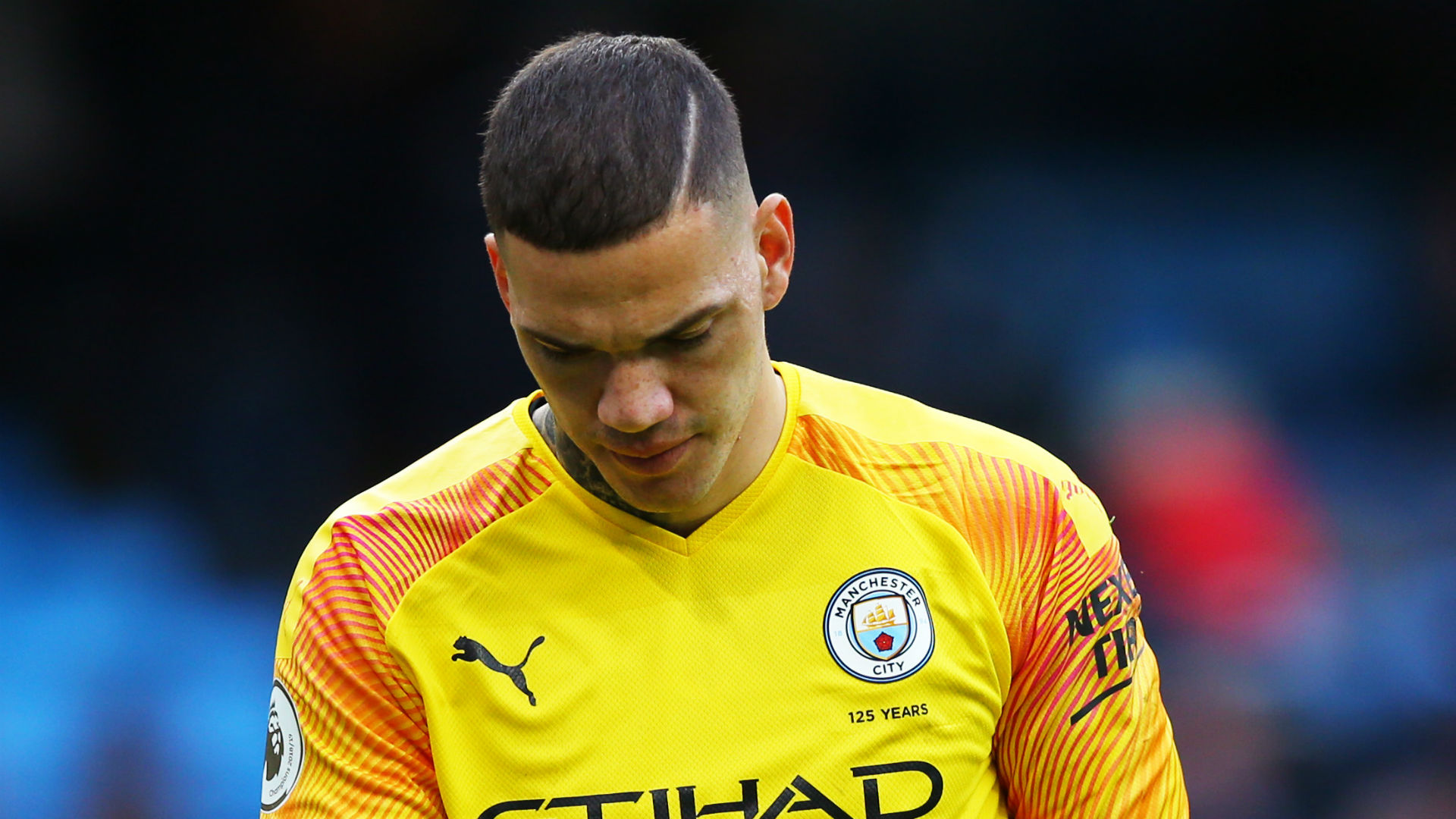