Guardiola: I tried to convince Kompany to stay

Kompany ended an 11-year association with the club by captaining them to an unprecedented domestic treble in England last season.

The 33-year-old Belgium defender netted an unforgettable long-range effort to seal a pivotal 1-0 win over Leicester City in what would prove to be his final competitive appearance at the Etihad Stadium, with Guardiola’s men going on to pip Liverpool to the Premier League title by a point.

It has been a different story this time around, with City falling way off the pace set by the Reds.

Their defence has been shaky in the injury absence of Aymeric Laporte and, if Guardiola had his way, Kompany would still be an option for him at centre-back rather than player-manager of Anderlecht.

“I tried to convince Vincent a lot to stay one more year with us,” he said ahead of Friday’s trip to Wolves.

“When those guys take a decision it is already taken.”

Guardiola made reference to Kompany when discussing City’s preparations for life after two other long-serving club greats.

David Silva has already announced this season will be his last in Manchester, while Sergio Aguero is out of contract in 2021 and has frequently expressed a desire to end his career back in Argentina with boyhood club Independiente.

Aguero is City’s all-time top scorer and famously struck in stoppage time to snatch their first league title for 44 years on the final day of the 2011-12 – a moment atop many of this week’s end-of-decade lists.

“The most important moment of this club, more important than hopefully one day when this club wins the Champions League, is when Sergio scores that goal against Queens Park Rangers to win the first Premier League after I don’t know how many years.

“That moment is much better than four titles in one season or whatever. And he was the guy.”

Aguero struggled initially to meet Guardiola’s demands of his centre-forward after the former Barcelona boss arrived in 2016, but the 31-year-old has arguably hit new career heights in winning his manager’s considerable admiration.

May 13… quite an important day in #mancity folklore!

“I’ve never seen a bigger star like him [who is] so humble, a funny guy – it is a joy to work with him,” Guardiola said.

“How he accepts sometimes my decisions when it’s not worked for him. A big star like him [does not usually] accept that.

“I worked with other stars who believed that they are more stars than Sergio and they were not. And it was more difficult to handle them and to be with them.

“It is not easy to find a guy with his status, his personality, what he has done in his football career, with this humility.

“In the box he is an incredible player. But I was with other guys who were not bad. I remember Ronaldo – the Brazilian guy, I remember Romario, I remember [Samuel] Eto’o. Eto’o was one of the most incredible strikers I’d ever seen in my life. He could do everything.

While Guardiola acknowledges City will have to enter the transfer market when Aguero calls time on his Premier League career, he feels the likes of Phil Foden, Ilkay Gundogan, Kevin De Bruyne and Bernardo Silva mean a playmaking replacement for David Silva is probably not required.

“Maybe I’ll change my mind, it depends on the next six months, but I have other priorities and I don’t think I am going to buy because we have many there,” he added.

“Bernardo can play there, Phil is there, we have Gundogan, we have Kevin. In this position I think we are not going to do anything.” 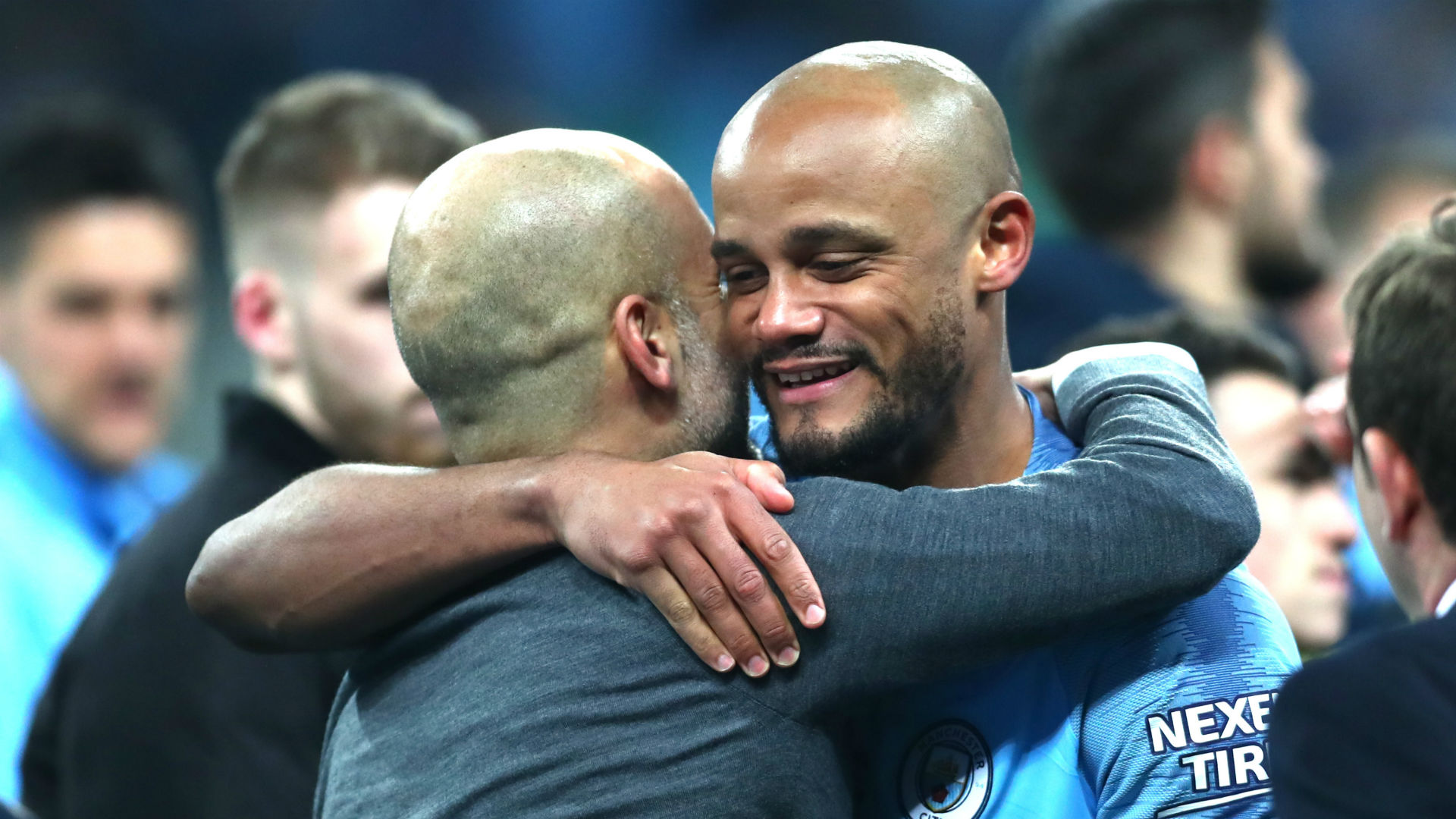 Fernandes named Man United’s Player of the Month for March

Liverpool to march on, City’s capital gains and a United draw? – Opta…

Not all wins can be ‘beauties’, says Klopp after…

Wijnaldum was almost subbed before his winner, reveals…

‘Leader’ Jorginho has replaced Barkley as…

Guardiola: Manchester City could not afford to lose more…