Mesut Ozil has been rested for Arsenal’s Europa League trip to Eintracht Frankfurt despite making a single Premier League appearance this season.

Ozil started Sunday’s 2-2 draw at Watford but was substituted after 71 minutes, the former Germany midfielder having helped to create Pierre-Emerick Aubameyang’s second strike.

An ankle injury to Alexandre Lacazette opened a place in Arsenal’s attack for Ozil but head coach Unai Emery has opted to do without the playmaker for Thursday’s Group F opener in Frankfurt.

“We are playing now a lot of matches and I wanted to use different players,” Emery told a news conference, having named a 19-man squad including teenagers Bukayo Saka and Gabriel Martinelli.

“We can have some rotation in the first XI and the 19 players. Sokratis [Papastathopoulos] and Mesut are rested for that match.

“We are going to play another match on Sunday [against Aston Villa]. My decision is because he played [against Watford], I am thinking tomorrow of the first XI and after that deciding who can be the best for tomorrow.

“The first match he played on Sunday he played well with his capacity and skills. His first minutes for us was good. Now he is going to be helping us. Sunday we are going to play another match. We’re thinking to have a reaction.”

Asked if Ozil was omitted to spare the 30-year-old a return to Germany following his controversial international retirement, Emery said: “No.”

Our travelling squad for @Eintracht

Arsenal gave a cheap goal away against Watford by losing the ball trying to play out from a goal kick with Emery accepting his side have work to do after conceding seven times in a three-match winless run.

“The first analysis is on how we can improve and recover our confidence, starting and controlling the match,” Emery added.

“Sunday we struggled more than we wanted and also we made some mistakes and conceded some goals. We are working yesterday and today on how we can work on it, usually Eintracht are doing high pressing. 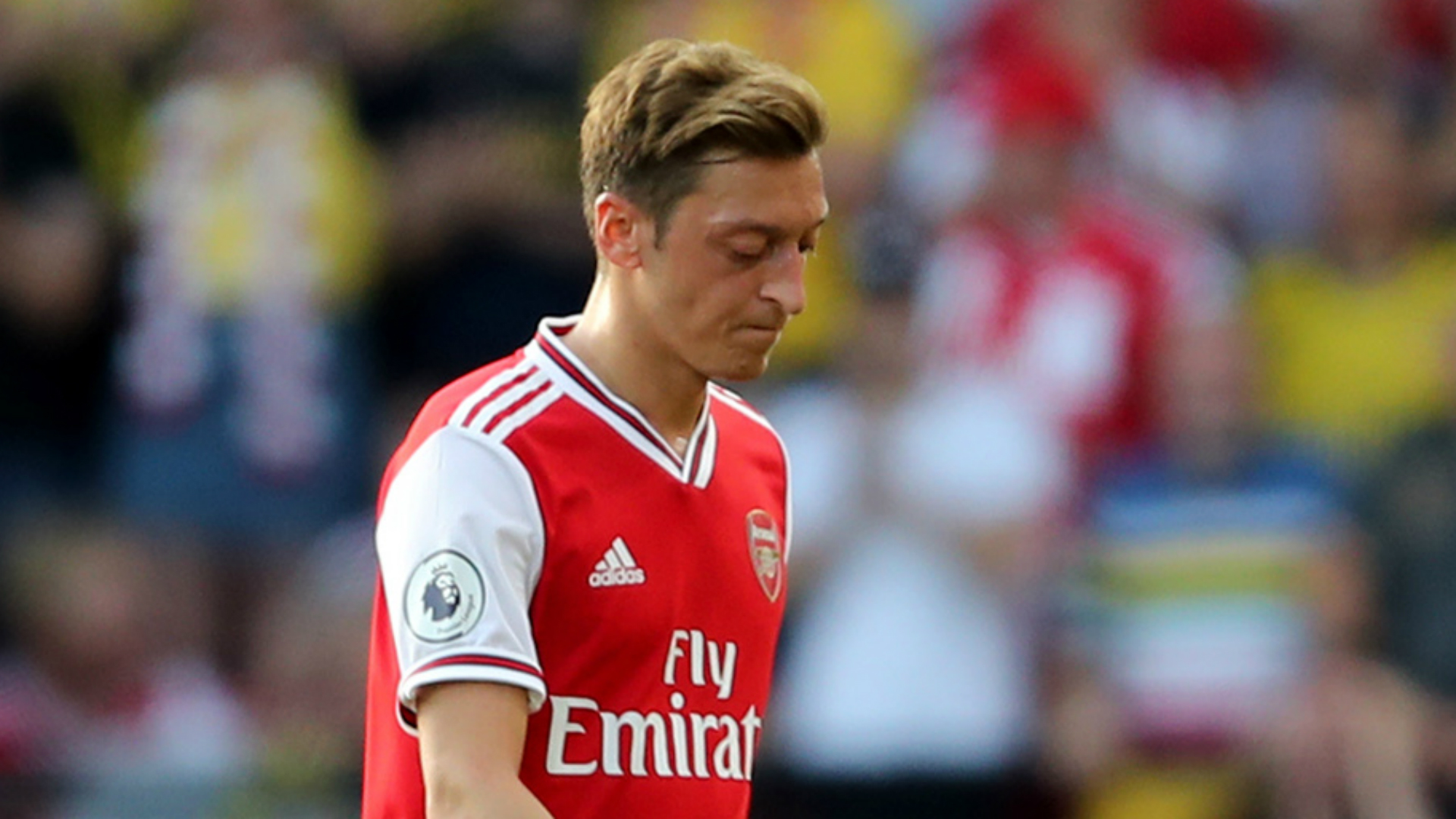 Sancho: My future? I just want to do well with Dortmund