Pep Guardiola has been known to readily remind journalists in his news conferences that he understands how to cope with an injury crisis.

The Manchester City manager likes to recall his first Champions League final, when Barcelona faced a rampant Manchester United in Rome with Yaya Toure at centre-back, Carles Puyol shunted out to right-back and veteran Sylvinho in the other wide defensive position.

Barca dazzled during a 2-0 win that sent one of the greatest club teams in history on their way into the stratosphere.

So, when all Guardiola’s senior City centre-backs were injured this season, no problem. Defensive midfielders Fernandinho and Rodri could play there – and they did exactly that during back-to-back wins over Crystal Palace and Atalanta.

It was the same when Benjamin Mendy missed the bulk of the past two seasons, as career midfielders Fabian Delph and Oleksandr Zinchenko simply became very passable left-backs. Zinchenko still is one.

What glorious riches, and they were cashed in as the Portugal playmaker arrowed a pass for a first-time backheel by Gabriel Jesus that fell into Raheem Sterling’s stride for a first-time finish. Sterling, one of the outstanding attackers in world football, was darting in off a left flank that Leroy Sane will be unable to occupy until he recovers from cruciate ligament damage.

30. Half an hour gone here at San Siro and we’re still looking very lively! @sterling7 very bright after getting his early goal and looked to get his second moments ago as he slid to get on the end of @Mahrez22‘s ball, but he couldn’t quite make it.

There are answers to most conundrums Guardiola has to address and the impression is he often revels in doing so. But the scene that unfolded from half-time onwards at San Siro will have done nothing to whet his appetite ahead of City’s crunch trip to Liverpool in the Premier League this weekend.

Claudio Bravo was warming up. Fairly extensively. He was coming on.

Ederson made way as a precaution, with a thigh injury to shake off before Sunday. Guardiola will hope the injury is as minor as a miner driving a Morris Minor. And maybe a little more minor than that.

For all the exquisite talents in his outfield array, no Guardiola signing has been more pivotal to his back-to-back Premier League titles in England than his Brazil international between the posts.

It should be added that the first trophy the Spaniard won with his current employers, the 2018 EFL Cup, arrived with Bravo in goal having been a penalty shoot-out hero against Wolves and Leicester City in the earlier rounds. But what came before in his debut campaign marks the former Barcelona man’s standing with the City faithful.

If Wednesday at one of European football’s most famous arenas represented a fresh page for Bravo, he promptly poured some of that oil Guardiola and Jurgen Klopp have been talking about this week and set it on fire.

He could do little about Mario Pasalic powering home a 49th-minute equaliser, but his first act was still to pick the ball out of the net. It recalled that mid-season spell during his nightmare 2016-17 when every shot on target seemed to herald an opposition goal. Willy Caballero was eventually called up to spare him.

There were plenty of other things Bravo might have done in the 81st minute instead of belying the experience of his 36 years and a career that has yielded two Copas America and LaLiga titles, among multiple honours.

His rash challenge on Josip Ilicic was a clear red card. Bravo became the first substitute goalkeeper in Champions League history to be sent off.

So that just happened…

When emergency keeper Kyle Walker – apparently an enthusiast in the role during training ground penalty contests – nervously kept out the resulting free-kick from Ruslan Malinovskiy to earn harrumphing chants of “England’s number one” from the City faithful, he had made more saves in the game than Bravo. It was not a statistically strong few minutes for the veteran.

The stats that loom largest over this pivotal week are Liverpool’s six-point lead over the champions at the Premier League summit and the 16-and-a-half years that have passed since City last won at Anfield.

Guardiola can take heart from the resilience his depleted team showed before a baying crowd as opponents in Atalanta had the bit between their teeth.

However, if he is to be without Ederson, the inimitable thread who brought his whole tapestry together, the chances of overturning those numbers on Merseyside have shifted uncomfortably close to improbable. 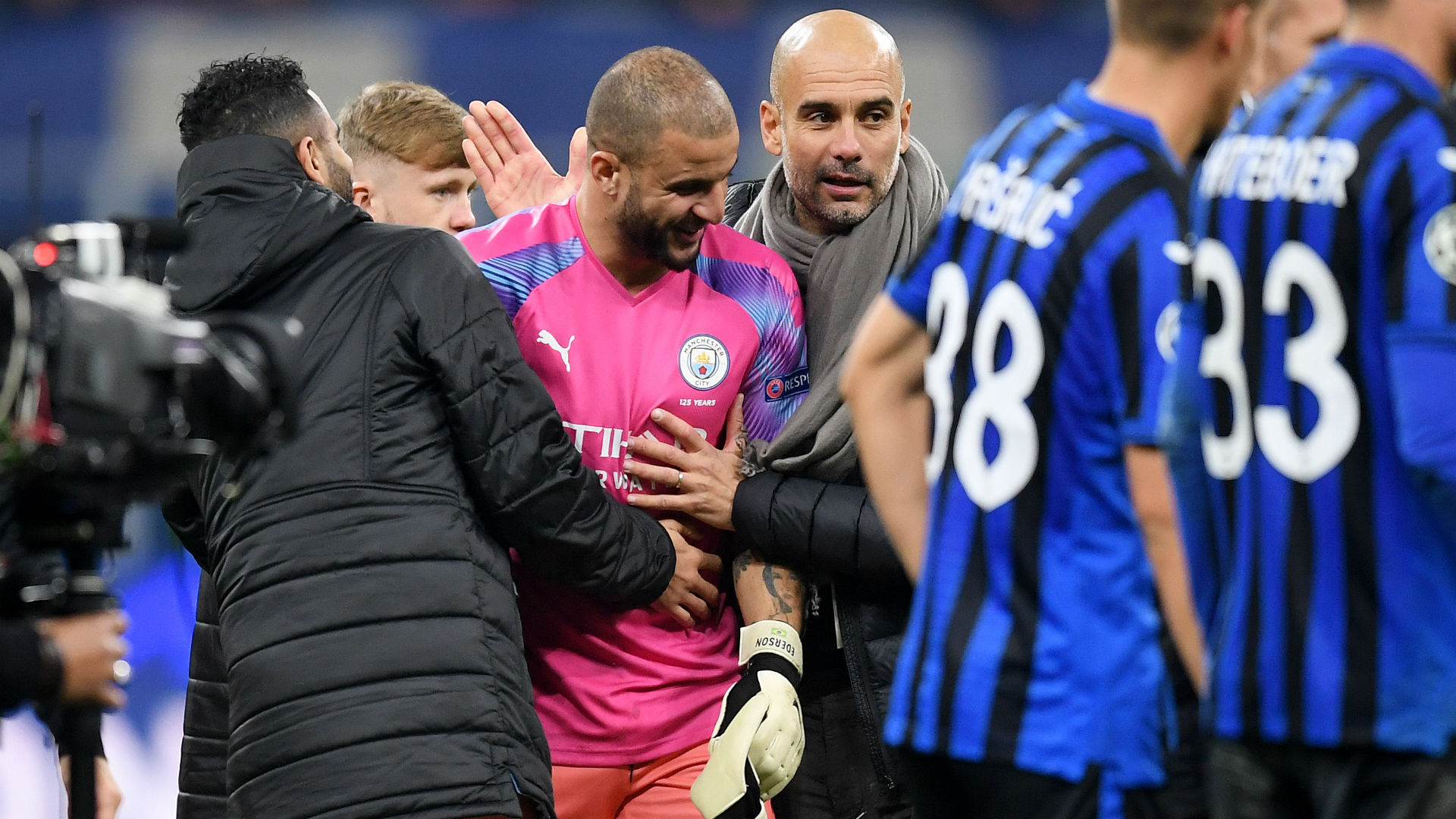 Simeone takes blame for defeat but tells Atletico: We need action, not words

Poulsen hopes to stay on at Leipzig despite Premier…

Poulsen hopes to stay on at Leipzig despite Premier League…