The Argentina star’s double during Sunday’s match at Aston Villa moved him on to 176 goals in England’s top flight – one clear of Arsenal and France great Thierry Henry.

Aguero and Henry are undoubtedly two of the finest attacking players ever to have graced the league, but how do their records stack up alongside one another?

With a little help from Opta, we decided to find out.

176 – Sergio Agüero is now the outright fifth-highest scoring player in Premier League history, and has scored more goals than any overseas player:

Both men’s scoring rates are remarkably similar, with Henry’s 175 goals coming in 258 appearances and Aguero usurping him on his 255th. The City favourite also shades it in terms of minutes per goal, with each strike clocking in at 106.86 minutes alongside Henry’s 122.

The two players heavily favour their lethal right feet. Aguero notched 125 with that trusty boot – including his unforgettable title-clincher against QPR in 2012 – and Henry netted 136 with his stronger foot.

Aguero has 33 and 17 left footed and headed goals to Henry’s 31 and 6, although the 1998 World Cup winner boasts more from long range – crashing in 29 from outside the penalty area to Aguero’s 21.

Under pressure inside the box, Aguero has held his nerve from the spot 26 times to Henry’s 23.

Indeed, one of the most significant differentials is home and away goals, with 55 of Henry’s coming beyond the environs of Highbury and Emirates Stadium. Aguero has a century of Etihad Stadium strikes (102) but 74 on his travels.

You wanna know why we love @ThierryHenry?

THIS is why we love Thierry Henry

No Premier League team have felt the force of Aguero more often than Newcastle United. He has 15 goals in 13 appearances against them, although five of those came in the same 6-1 win in 2015.

Tottenham were used to the threat of Henry but nowadays struggle to contain City’s prolific Argentine, who has 11 in 15 games versus the north Londoners. Chelsea (10 in 14) are another capital club to have suffered plenty of Aguero punishment.

The distinction of being Henry’s most scored against Premier League opponent is a three-way tie between Villa, Charlton Athletic and Middlesbrough, each of whom conceded 12 times to the former Monaco and Juventus forward.

Both Aguero and Henry have delighted their adoring faithful with eight league goals apiece at the expense of Manchester United, although the former’s have come at a faster rate, across 893 minutes as opposed to 1,178.

Among his top 10 most agreeable opponents. Aguero’s eight goals in eight outings versus Stoke City came across a mere 595 minutes. Henry plundered seven in six versus Portsmouth – a handsome return on 540 minutes’ work.

Silva service and Pires the provider

Of course, both men have benefitted considerably from a stellar supporting cast.

No player has assisted Aguero in the Premier League more frequently than David Silva (21), although the former Spain playmaker will leave City at the end of this season, by which point the mercurial Kevin De Bruyne (18) might have already surpassed him.

However, Robert Pires stands clear with 17 Premier League assists for Henry during a period where the duo excelled for club and country.

Another Frenchman, Samir Nasri, assisted Aguero on nine occasions – the same number of goals Freddie Ljungberg and Patrick Vieira laid on for Henry.

When it comes to returning the favour, Henry is clearly out in front with 74 assists to Aguero’s 46. 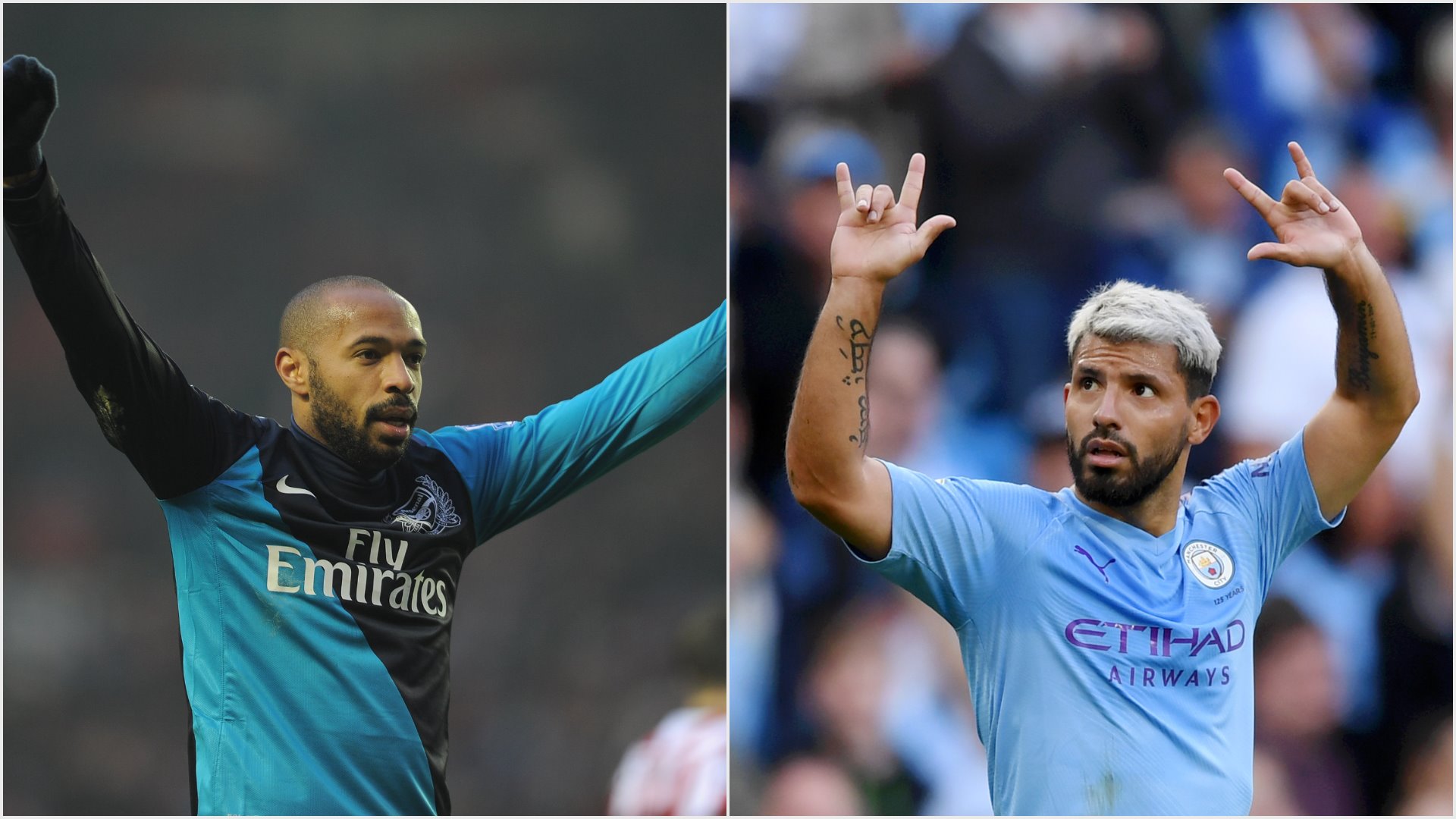